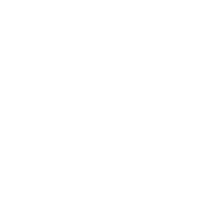 Buying a new car is such an exciting experience! But beyond the excitement, there are a lot of decisions to make. You need to choose an appropriate make and model, take out financing, and choose the right options to have installed. If you are buying a used car, you need to have it looked over and ensure nothing serious is amiss. We've designed this website to share important information about shopping for and buying vehicles. We want you to feel informed the next time you walk into the auto dealer, and we're confident that if you spend some time reading the articles we've provided here, you will be.

While your Chevy requires all its parts to be in functional condition for it to get on the road, the alternator is a component that can affect the functioning of a majority of these parts. And this can be credited to the multiple jobs that the alternator is tasked with. In addition to ensuring that it generates sufficient electricity to keep the car battery recharged, it also works to transform mechanical energy into electrical energy that will be used to provide power to the various accessories your Chevy utilizes, such as the headlights, interior lights, power windows, and many other features. Therefore, when this auto part begins to malfunction, it can be hard to pinpoint whether it is the underlying issue of your car problems unless you know what to look out for specifically. To help you with that, here are some of the symptoms signaling the need for a Chevy vehicle service due to a defective alternator.

The battery is losing charge faster than normal

One of the leading symptoms of a malfunctioned alternator is the rapid loss of charge from your car battery. As stated earlier the alternator is responsible for ensuring that your battery holds its charge. Hence, when you notice that you need to employ jumper cables frequently but the battery still keeps discharging at an alarming rate, you must visit a mechanic for a Chevy service. Take note, though, an old battery may also exhibit this sign as it is no longer capable of holding power. In this case, jumper cables will only be a stop-gap measure until you replace the old battery.

The car is stalling spontaneously

A common misconception that some motorists have regarding their Chevy is that it solely runs on gasoline but this is incorrect. The reality of the matter is that your vehicle also requires electricity as a power source. In order for the gasoline-ignition mechanism in the engine to work, it needs to be triggered by the alternator, and this component requires electricity to function. Hence, when the spark plugs are not receiving an adequate amount of electric power, the engine will not be capable of staying operational. As a consequence, you will notice that your car is stalling spontaneously whenever you drive. You may also find it challenging to start your vehicle. If you do not want your vehicle to break down in the middle of the road, you should seek a Chevy service for your alternator.

For more info, contact a local chevy service near you.